Azra tells about her ARCHLAB experience in OPD

Azra and the fabric of the king 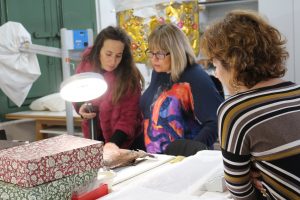 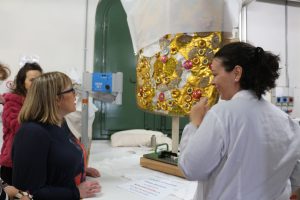 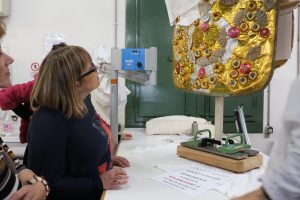 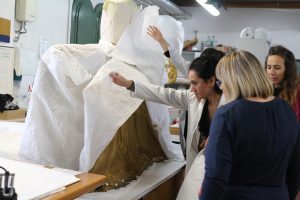 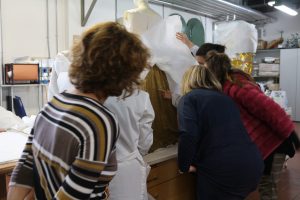 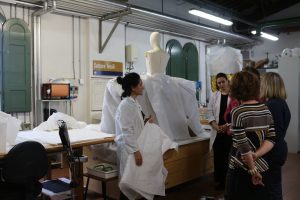 In the early 60s, Pavo Andelić, a curator at the National Museum of Bosnia & Herzegovina, connected some archaeological remains to the archaeological site of the medieval church of St. Nicola in Arnautovići near Sarajevo, excavated between 1909 and 1910. He discovered that the remains were part of a brocade fabric with the coat-of-arms of the first Bosnian king, Tvrtko I Kotromanić, and that the tomb of this king was located at the end of the church nave of St. Nicola.
Tvrtko I was one of the greatest medieval rulers of Bosnia, having improved its borders and economy.
Many years later, on behalf of Mirsad Sijarić, Azra Bēcević – Šarenkapa came to OPD with the aim of increasing the knowledge of the technology used for the production of the fabric, the materials and the colors used. OPD opened its archives to Azra: She compared the remains of king Turtko I with archival, conservation and historiographic data of other fabrics studied in OPD, and discussed about the main issues of her research with experts working at OPD. The experience was particularly relevant, as she tells in the video.