ChertPIXE: The geochemical characterization of chert by PIXE: a key to understand human mobility in the Pyrenees during the Prehistory 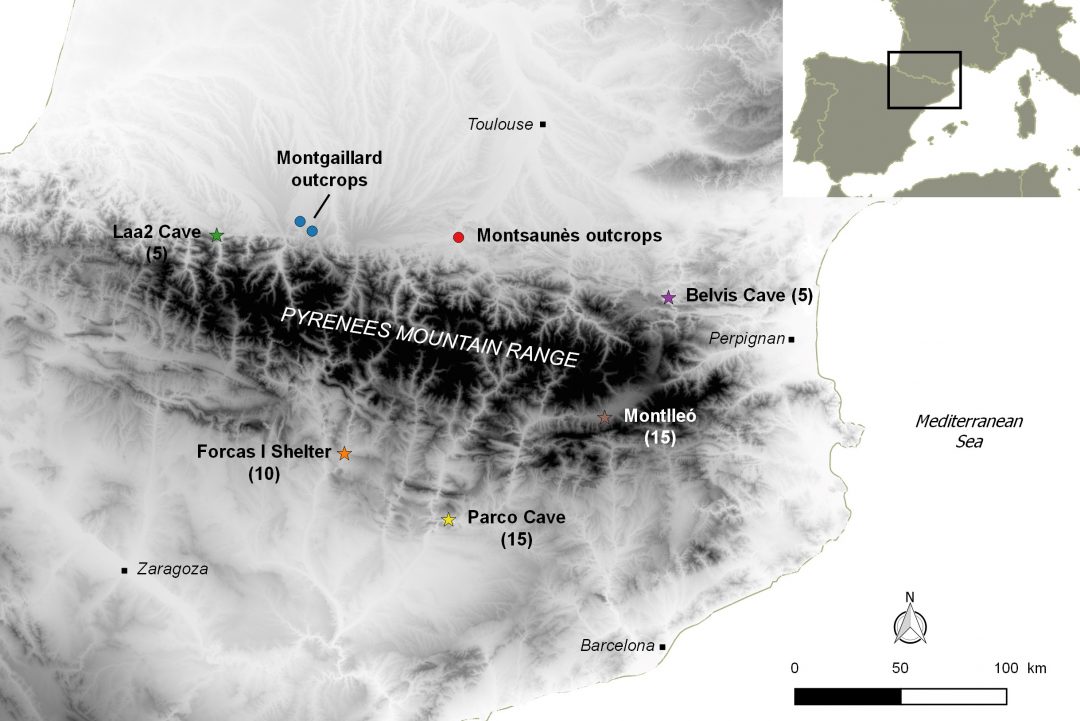 The main goal of the project ChertPIXE was to develop a geochemical analysis of two chert formations outcropping in the Pyrenees by Particle-induce X-ray emission (PIXE). The two chosen formations were two marine chert type: the Montgaillard flysch cherts and the Montsaunès cherts, both originated during the Upper Cretaceous. Both chert types possess similar characteristics at the textural, micropalaeontological and petrographic point of view, not being possible their differentiation at the macroscopic or microscopic level. The Montgaillard flysch cherts and the Montsaunès cherts outcrop in the northern slope of the Central Pyrenees and cherts with similar characteristics as the presented by both types have been recovered in several Magdalenian sets of the Pyrenean region.
The aim of this project was to develop quantitative analyses as well as raw maps of the distribution of the chemical elements in the sample to determine differences between both chert types. PIXE analyses were developed after doing energy-dispersive X-ray Fluorescence (ED-XRF) and laser ablation inductively-coupled plasma mass spectrometry (LA-ICP-MS) in the frame of a post-doctoral contract at the IRAMAT-CRP2A research laboratory. During these analyses some differences between formations were observed regarding several trace elements. Our aim with PIXE analyses was to quantify the presence of these trace elements and, by the observation of the raw maps distribution, to determine if these trace elements were connected to the silica matrix or with an inclusion (e.g. bioclast).
Analyses were developed in the MTA Atomki laboratory (Debrecen, Hungary) between April 24th and April 29th 2016. 40 geological samples were analyzed, 20 of each formation. For avoiding surface alterations, geological samples were prepared in cubes of 5 x 5 mm without cortex or alterations and then polished. After the analysis of the geological samples and with the aim to develop these analyses in archaeological samples, three archaeological samples from the Magdalenian levels of Cova del Parco were analyzed. The plainest surfaces without cortex or surface alterations were selected for analyses.
Results showed that some differences between formations existed regarding specific trace elements. The distribution maps allowed determining the place where these elements were located, being possible to associate some specific chemical elements with the silica matrix and others always connected with a specific inclusion. Results of these works were recently published in Sánchez de la Torre et al. 2017, Trace element mapping of two Pyrenean chert deposits (SW Europe) by PIXE, Nuclear Instruments, and Methods in Physics Research B, 400, 58-64.